Will Turkey be a member of the EU? 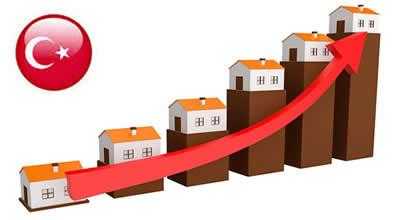 Will Turkey enter the EU

The EU starts new negotiations about the European membership for Turkey. 24 years ago Turkey attempted to join the EU but today Turkey becomes different in social, political and economical aspects.
3 years ago there was an argument about the conflict with Cyprus and lately the EU has declared a report criticising the brutality of the policemen in Turkey during the demonstration which happened in Taksim square in Istanbul.
During the years of the negotiations about the specific issues such as democracy, religion and the frequent conflicts with Cyprus. Some politicians in the EU consider an Islamic country like Turkey could change the main structure of the EU completely. And some other believe that it can be so beneficial for the EU because of the economic strength of Turkey which has thrived in the last decade.

Lately the reformation which have happened in Turkey payed made the EU to pay attention carefully
Many governmental foundations admitted about the contributions from Turkey economically and politically which indirectly supported the economic in the EU. Turkey is also a very strong member in the United Nation. It is a very important country for the economic in the EU. Since the collapse of the of the Ottoman Empire the successors of the Turkish governments do their best to align Turkey to the European government and the foreign political government and the trades agreements.

It is one of the main issues which still exist with the relationships with Turkey and Greece. The Turkish government always denies the existence Cyprus government. In 1974 was a negotiation between the ancestral Turks who are living in Cyprus and Greece which made the nation be divided into two teams. Cyprus is a peaceful land. In 1983 The Turkish government in the north of Cyprus has been established and since that time Cyprus has not yet declared as an independent state by any other country but Turkey

Does Turkey need the EU membership?

The Real Estate market is one of main market that made the Turkish economy thrive it is also part of the tourism major in Turkey a huge number of tourists visit Turkey every year especially in the coastal areas.

The total GDP in Turkey is 735 billion USD. Turkey is ranked number 18 as the strongest economy worldwide. Turkey is lacking some of the natural resources such as oil and natural gas and in the same time has a great amount of consumption for those resources. The country’s per capita has increased in less than 3 years while in the other hand the European countries are doing their best to avoid the economic crisis.