The 3rd airport of Istanbul welcomed the first plane by 2019 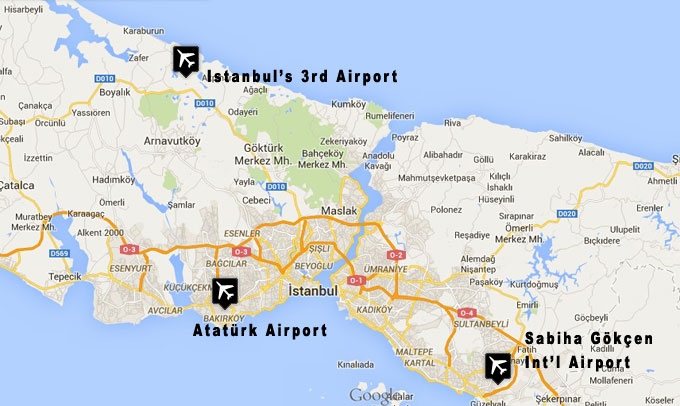 The first phase is completed in 2018; it will have the world's largest terminal under one roof, with a gross floor area of nearly 11 million square feet and the ability to serve 90 million passengers a year.

Istanbul’s third airport welcomes its first plane according to Turkey’s transport, maritime, and communications minister. Around 68 pct of construction of Istanbul's 3rd airport has been completed.

The new airport will assume most of the passenger traffic from Ataturk International Airport, hosting 250 airlines flying to more than 350 destinations, making it one of the world’s largest transport hubs.

With the completion of all phases, the airport is expected to be the busiest one in the world, with flights to over 350 destinations and, eventually, an annual capacity of 200 million passengers.

Istanbul New Airport is an international airport under construction in Arnavutköy district on the European side of Istanbul, Turkey.

The airport is planned as the largest airport in the world, with a 150 million annual passenger capacity in its last, planned expansion stage while remaining upgradable to 200 million at an undetermined future date upon necessity. The airport was planned due to lack of capacity in the existing airports of Istanbul. It will be the third international airport to be built in Istanbul after Istanbul Atatürk Airport and Sabiha Gökçen International Airport. Atatürk Airport will be closed down for scheduled flights once the new airport is operational, and its IATA code IST will be transferred to the new airport.